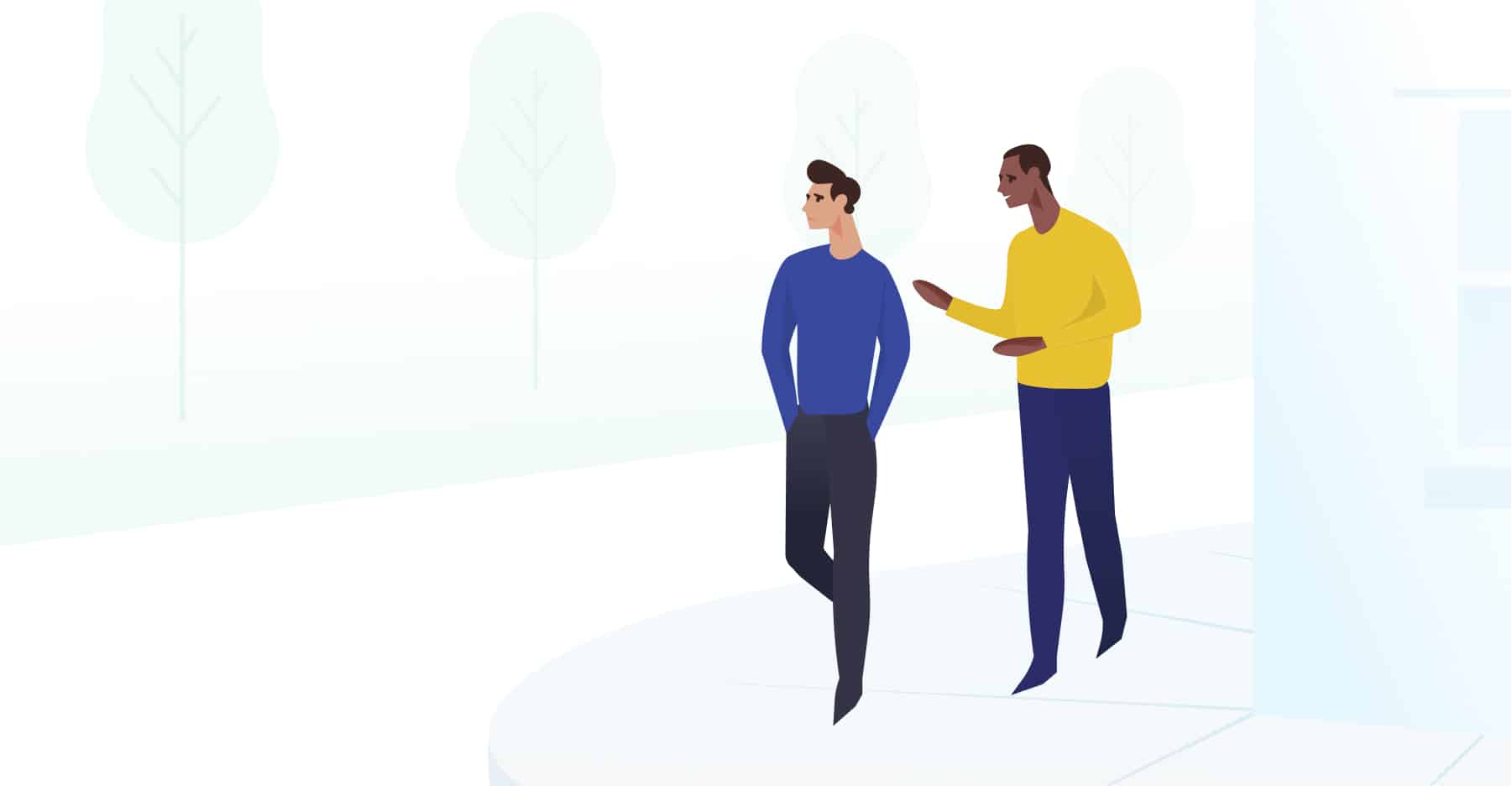 How to talk about God with people who are uninterested

Apatheist. This is a new word to me. I discovered it while searching Google for something else.

"An apatheist is someone who is not interested in accepting or rejecting any claims that gods exist or do not exist. The existence of a god or gods is not rejected, but may be designated irrelevant."

I know atheists. I know lots of agnostics. But I’ve yet to meet someone who described themself as an apatheist.

However, I have met people who apparently had no desire to have a spiritual conversation with me.

It’s easier to start conversations with people when you know they are already interested. I can remember telling myself that I should leave the uninterested people to God. I figured I’d wait till they showed some interest before talking with them about the gospel.

But why would I write off trying to have a spiritual conversation with someone I care about, just because I’m not certain they’re interested yet?

The answer probably lies more in my own anxiety than in concern for their preferences.

What if you were labeled “uninterested”?

I was curious about God long before I became a Christian. I wondered whether my life had a meaning or purpose.

Few people knew this about me. Sometimes I kept it hidden. Other times my curiosity died down for a while.

But there were also times when I struggled to find someone I felt safe talking with about my questions.

I’m sure some of my Christian friends presumed I was uninterested. Many of my lifestyle choices reinforced that idea.

The truth is, I spent years excluding myself from conversations about faith because I thought I would never be able to live the way Christians did.

But then some people took a step of faith with me. They asked questions that made me feel like my opinions and experiences, however confused, had value. That was how I began considering what God thought about me. What if he believed I was worth his time and attention?

So how do you have the conversation you’re praying for when a person shows no interest in God or even spiritual things? This is the question we’re going to try to answer.

No two conversations are the same. So if anyone gives you a simple formula, it should come with a warning label “DO NOT ACCEPT SIMPLE FORMULAS!”

But here are some questions I suggest asking yourself that I hope will help.

1. Has the person actually said they’re not interested in God?

I can think of several people in my own life who I presume belong in the “not interested in spiritual things” category. But I’ve yet to actually ask them if that’s true.

It’s natural to piece together an opinion of someone’s opinion about God or faith from your various interactions.

But some people have just never been asked what they believe about God. In some cases that’s because the Christians they know presumed this conversation was off-limits.

2. What is the person uninterested in?

Words and phrases often mean different things to different people. Especially loaded language, such as “God” or “spiritual.” So if you ask someone what they think about these things, confirm they understand your terms and intentions correctly. You might be asking an open question about someone’s spirituality, but they may presume you mean a particular brand of religion.

If someone tells you they are not interested in God, you could say, “Can you explain why that’s the case? Is it the idea of God even existing, or something else?”

The person might be afraid that you’re gearing up to try and convert them. Or they may fear talking about spiritual things might lead to friction in your relationship. Be sensitive to your friend’s apprehensions. Reassure him or her that you genuinely want to understand this part of their life.

3. Why is the person uninterested?

Let’s imagine the other person has explained why they’re not interested in talking about God. If you’re confident the other person feels safe with you, this does not mean a door is closing.

Once you know you’ve understood your friend’s perspective, try asking, “Have you always felt this way?”

If the answer is yes, try discussing what it takes for people to change the way they see the world.

If the answer is no, try exploring how their current perspective formed. Was it new information, particular experiences, or something else that most influenced the way they see things now?

Either way, begin by asking a question — rather than making a statement — resisting the temptation to take control of the conversation.

4. What’s going on in the person’s life right now?

Apathy often grows or declines with circumstances. What someone thinks about spiritual things is connected to what’s happening, or has happened, in their actual life.

Mental and emotional health, for example, influence the way someone feels about Christianity’s claim to offer the only real and lasting source of hope. That’s a bold promise. The risk of disappointment becomes a barrier to many people.

So ask your friend questions about his or her whole life, not just spiritual beliefs. It’s all connected.

5. Have you demonstrated how deeply you are interested in them?

As Christians, we believe God is interested in every person because he created each individual. But many people fear this is not true. They feel overlooked, misunderstood, or even forgotten by God.

The way we talk with people is an opportunity to demonstrate how God feels about them.

Some people fear Christians only want to talk about what they believe. Sometimes that’s true. That’s why GodTools stresses the value of being curious about the people we talk with.

What’s the ABCs of GodTools? Always. Be. Curious.

It’s not a trade-off, or a bait and switch. You’re not luring someone into a certain conversation by asking them a few questions. If you ever feel that’s what you’re doing, hit pause.

Give yourself permission not to have “the right conversation.”

Do you care about the person enough to listen to them, or just enough until they’ll listen to you?

6. Can you focus on building a relationship before starting the conversation?

If you’ve been praying for an opportunity to talk about God with someone, you might feel under pressure. Each time you meet, you might find yourself wondering if this is the opportunity you’ve asked for.

GodTools exists to help you feel ready for every conversation about Jesus. But sometimes this means having the wisdom to know when to let go of having a specific conversation.

It’s important not to view building a relationship and initiating a spiritual conversation as mutually exclusive. See them as parts of the same thing; loving the other person the way Jesus calls you to.

You know you’re investing in your relationship with someone when:

None of these examples guarantee a conversation about Jesus. But they all help create a relationship where talking about deeper things feels more natural.

When you’re sharing your life with someone, being curious about the way they see the world — including God — makes sense.

God will provide opportunities to talk about him as you love someone the way he does..

I think we’re surrounded by people who, for whatever reason, think they are not worth God’s time. It’s painful to feel like God is uninterested in you. When people feel this way, they tend to become apathetic towards God as well.

Other people just think about spiritual things in a different way. Maybe they use different language or have a perspective that’s far removed from the way the Christians they know think about things.

They are not interested in having the conversation they think their Christian friends want to have. But if the conversation is going to include questions like “Where does hope come from?”, “Can people really change?”, or ”Does life have a greater meaning?”, they’re all in.

A few people paid attention to me when others had deemed me “spiritually uninterested.” They gave me space to work out what I thought and, more importantly, what my real questions and issues were.

In doing so, they brought me closer to God.